Audience Talkback at “Take Me Out” Tonight and Tomorrow! 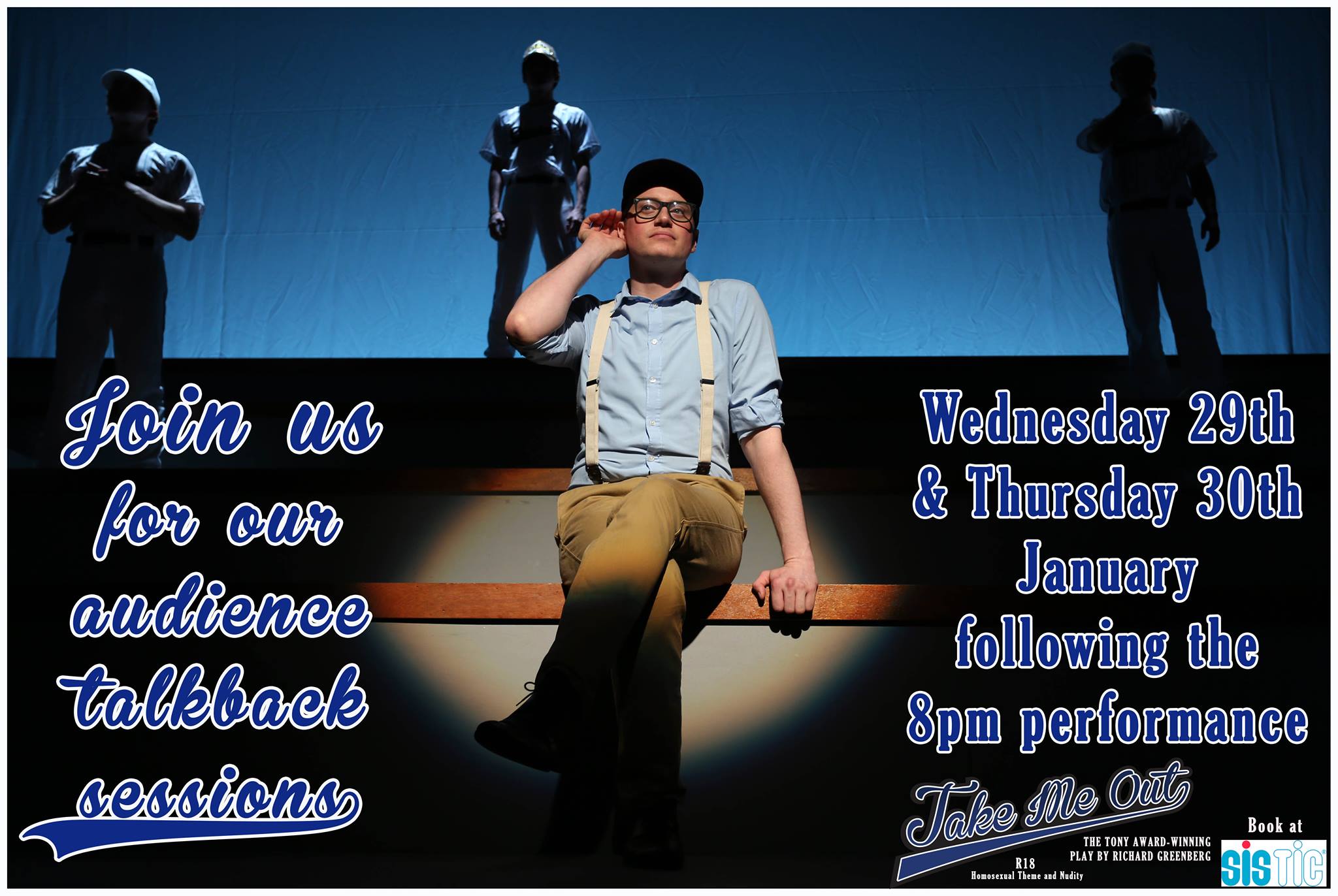 There will be post-show audience talkback sessions after tonight’s (29 January) and tomorrow night’s (30 January) shows of “Take Me Out”! If you’ve ever been curious about anything about the show, here’s your chance to ask the cast of the show your questions.

In addition, if you are currently a student, you’re eligible for a student discount for tickets! You can purchase a maximum of 2 tickets per ID at the door for only $40 each. (Note that “Take Me Out” is rated R18 by the MDA for homosexual content and nudity.)

This is your chance to see the show that has been described as “excellent and extremely bold,” “robustly satisfying,” “pleasurably intense,” and “a solid win”! “Take Me Out” is running at the Alliance Francaise Theatre (1 Sarkies Rd, Singapore 258130, near Newton MRT station) every night until Friday (31 January) at 8pm. Tickets are available at SISTIC and at the door!

← Final FOUR Shows of “Take Me Out”! Closes 31 January!
Final Two “Take Me Out” Shows, Plus Audience Talkback TONIGHT! →