Coming in Two Weeks: All I Want… SINGAPORE! 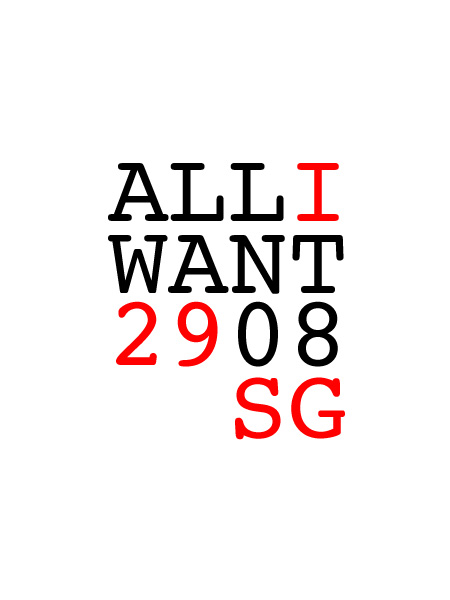 “What are you looking for in a partner?” Watch Vince and Amy try to answer this age-old question that has plagued single people all over the world in the charming romantic comedy ALL I WANT. A lighthearted romp through the perils of singledom and the quest to find The One, this one-act play is written and directed by playwright Ren Robles. ALL I WANT stars Jason Miller as Vince and Crista Leopardi as Amy, two old friends who stumble, bumble, and fumble their way to finding out just what they’re looking for.

ALL I WANT in Singapore runs for one night only on 29 August 2011, Monday, as part of SPORE Art Salon.

REN ROBLES (Playwright and Director) finished with a degree in Psychology but pursues his passions in theatre as a veteran of Repertory Philippines Children’s Theatre as well as the Asian premiere of the stage version of HIGH SCHOOL MUSICAL directed by Chari Arespacochaga for Ateneo Blue Repertory in Manila.

CRISTA LEOPARDI (Amy; BS in Dance Management) is mostly a dancer but proudly credits roles in CHILDREN OF EDEN (Ensemble), BEND (an Original staging), and ANNIE GET YOUR GUN (Winnie).

ACE BIGCAS is Stage Manager for this production.

← All I Want – Highlight Reel
Watch ALL I WANT at the SPORE Art Salon on 29 August! →