Final Two “Take Me Out” Shows, Plus Audience Talkback TONIGHT!

January 30, 2014 · by Ren · in promotions, Singapore, Take Me Out, theater, Tim Garner Productions 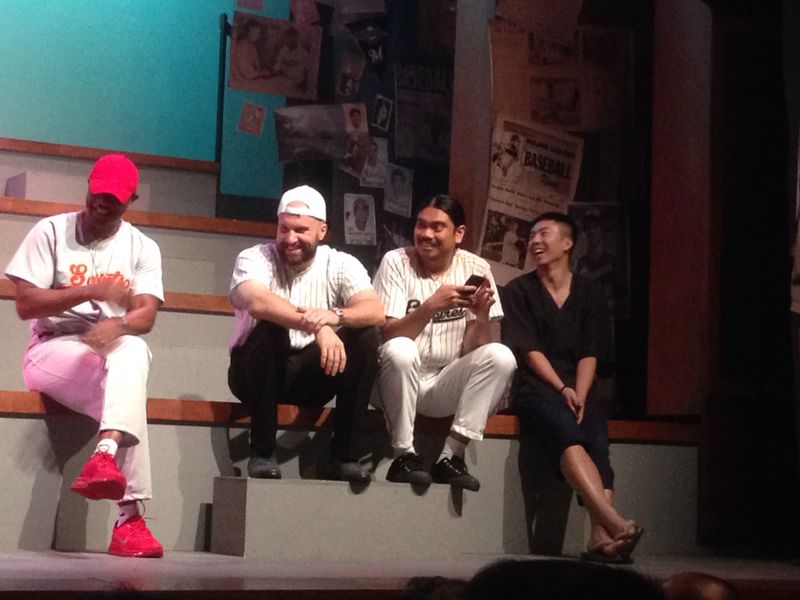 We’re down to the FINAL TWO SHOWS of “Take Me Out” here in Singapore! This is your last chance to see the show that has been described as “excellent and extremely bold,” “robustly satisfying,” “pleasurably intense,” and “a solid win”!

After an enjoyable and successful post-show audience talkback session last night, we’ve got another one scheduled for tonight! So if you’d like to ask some questions about the pre-production and production of “Take Me Out,” then stick around after the performance.

Student tickets are also still on for tonight! You can purchase a maximum of 2 tickets per ID at the door for only $40 each. (Note that“Take Me Out” is rated R18 by the MDA for homosexual content and nudity.)

The final two shows of “Take Me Out” at the Alliance Francaise Theatre (1 Sarkies Rd, Singapore 258130, near Newton MRT station) are tonight, 30 January, and tomorrow night, 31 January, at 8pm. Tickets are available at SISTIC and at the door!