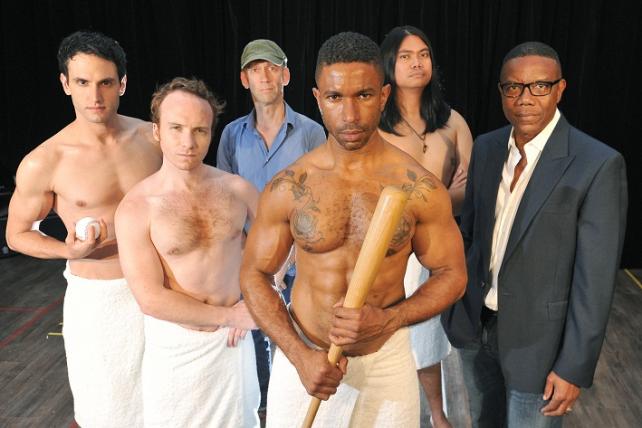 Expect hunky bodies and locker-room machismo in the new play, Take Me Out, which will be staged at the DBS Arts Centre and the Alliance Francaise Theatre next month.

But the debut production of new company Tim Garner Productions is more than just eye candy.

The play, written by American playwright Richard Greenberg, won a Tony Award for Best Play in 2003. It tells the story of a young, rich and famous baseball star Darren Lemming, played by Juan Jackson, 42. When Lemming, the centre fielder of the New York Empires, announces that he is gay, friends, family and teammates around him react in different ways.

Producer and actor Tim Garner, 29, is no stranger to the local theatre scene, having acted in Dream Academy’s Company and this year’s edition of the annual comedy show Chestnuts. In Take Me Out, Garner will also be taking to the stage as Kippy Sunderstrom, one of Lemming’s teammates.

Garner says that he chose Take Me Out as his company’s debut for a variety of reasons: “It’s got great dialogue, it’s really well written, and it’s got great interaction between the actors.”

The play will be directed by Paul Lucas, who also plays Skipper, the manager of the Empires baseball team. Lucas, 54, says that in addition to the snappy dialogue, the play is fun to watch…

Read the full story by Lisabel Ting at The Straits Times.

Take Me Out runs 8-16 January 2014 at the DBS Arts Centre, and 18-31 January 2014 at Alliance Francaise Theatre. Tickets are available from SISTIC and Tim Garner Productions.