Theatre is a Team Sport 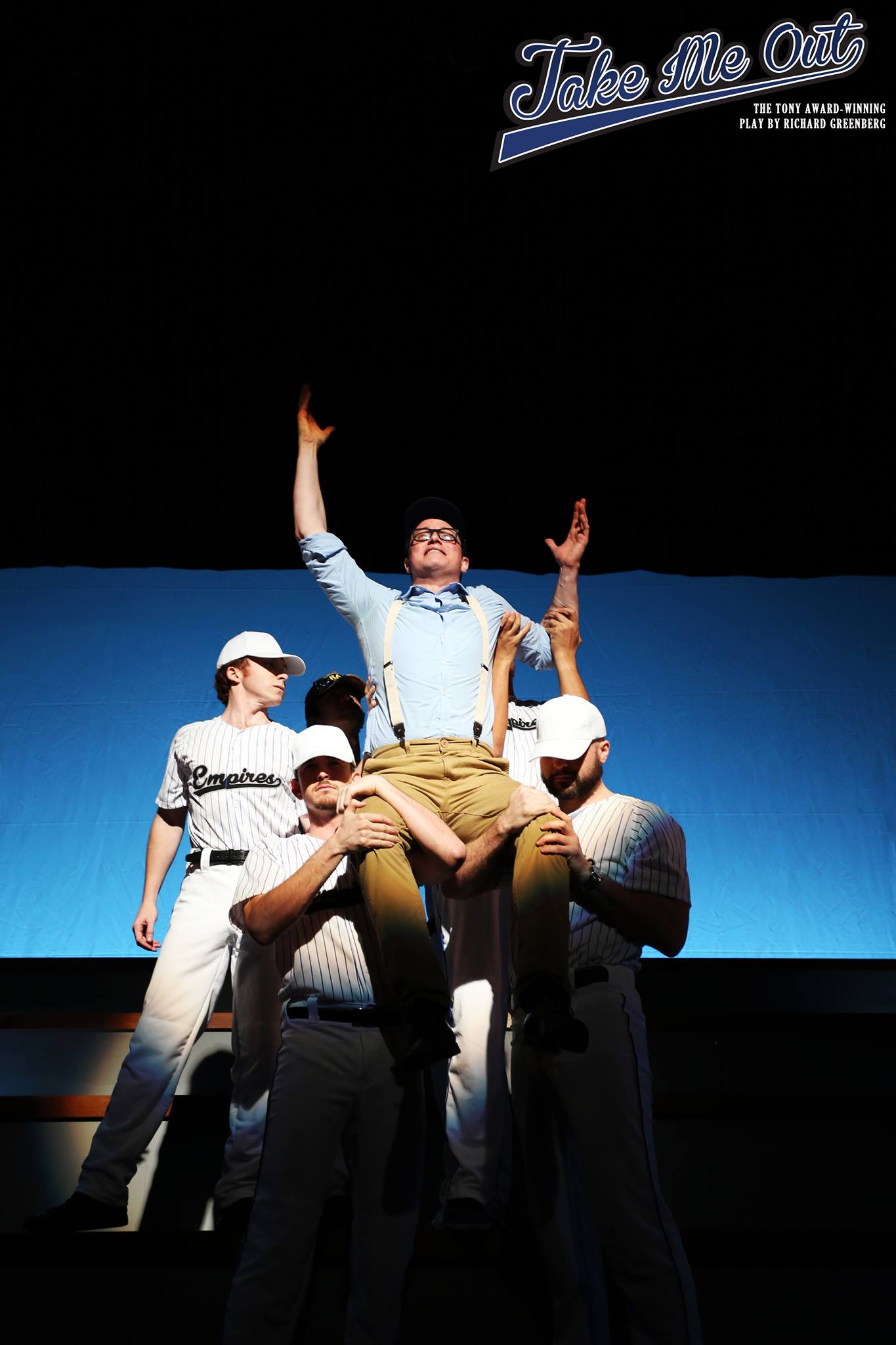 I’m one of the last people who should be making a sports metaphor, but given that “Take Me Out” is a play about a baseball team, it seems appropriate to at least try.

Theatre – or at least good theatre – is a team sport. Contrary to common belief, success or failure for either endeavor does not lie solely on a handful of people. Everyone involved is responsible for the performance. And in case there’s a bad apple in the bunch, it takes a team effort to fix these problems (one way or another) before it’s too late.

Just as the parameters and rules of play are dictated before a game commences, a theatre production begins with a script. As in sport, there is some room for interpretation (or misinterpretation), but the most fundamental structure is laid out beforehand, and everyone is expected to play within the rules.

Sports teams have managers whose role is to get everything started. They select who is going to be a part of the team, as well as make necessary financial decisions. Without them, there is no team. In theatre, that is, naturally, the producer.

Each team needs a coach to guide its players, and in theatre, that role is played by the director. The director makes sure everyone and everything is working well together. Just as a coach makes strategic decisions on which plays to make in the game, a director decides what direction and tone the show is going to take.

Although the coach makes decisions and choices for the team, it is ultimately up to the players to execute these strategies. In theatre, it is the actors who take the stage, bringing to life the director’s vision. And during the course of play, the player has to make some choices on the fly. Although there may be some wiggle room for improvisation, ideally these snap decisions are still within the parameters set by the playwright and the director.

A team works best when its players work well together. This is true of both sport and theatre. Neither succeeds without the right chemistry and camaraderie. Stars can only do so much. Without the proper support, neither the game nor the show can truly succeed.

Apart from the main players, there are the people who work behind the scenes to make sure things don’t completely fall apart. The stage managers, stage crew, lighting and set designers, and the like all fall under this category.

I’m proud and fortunate to be a part of a great team in “Take Me Out.” The level of camaraderie, friendship, and support is one that all productions should try to achieve. We’ve been able to weather whatever obstacles had been thrown in our direction. And it’s definitely paying off in the fantastic reviews and audience reactions we’ve been getting.

It’s not too late to catch the show! “Take Me Out” is running until 31 January 2014 at the Alliance Francaise Theatre (1 Sarkies Rd, Singapore 258130, near Newton MRT station). We have shows every night at 8pm, except on Monday (27 January), and an additional show at 2pm on Saturday (25 January). Tickets are available at SISTIC.