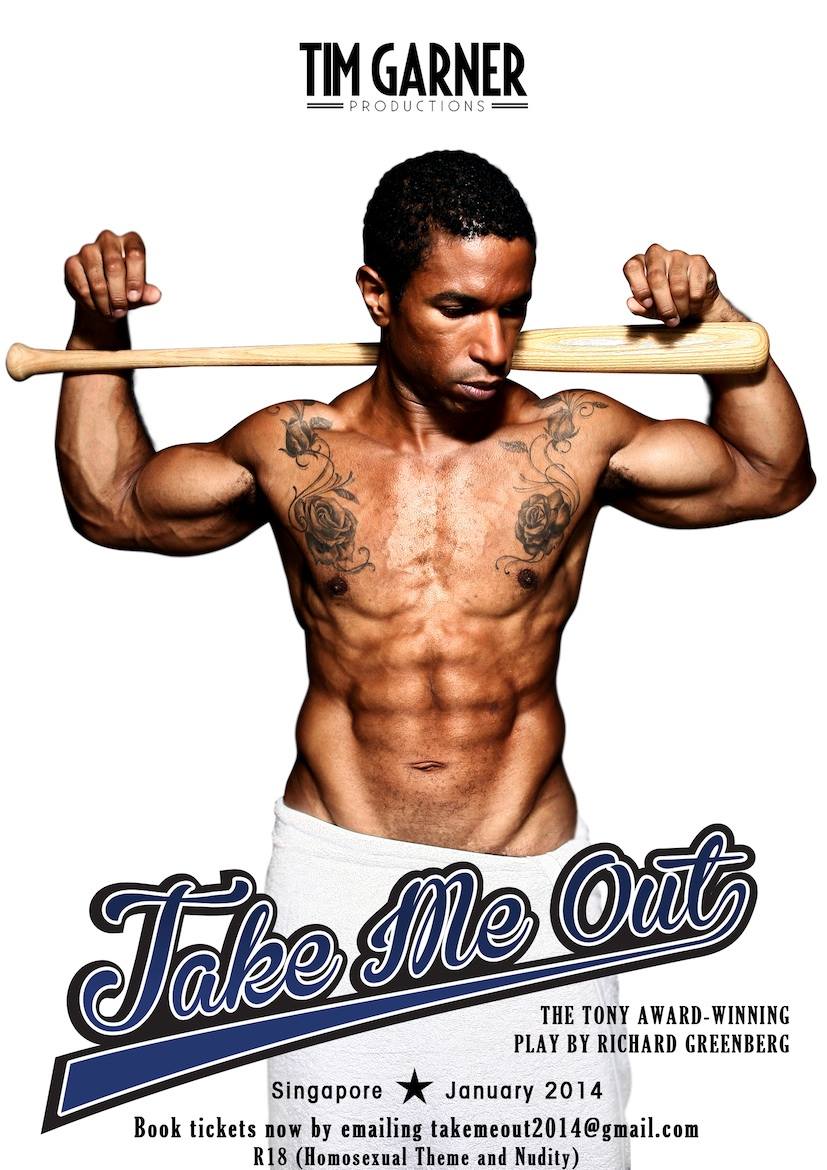 The play, described by New York’s Newsday as “Extravagantly smart, touching and engrossing…an enormously enjoyable work – as eloquently verbal as it is delightfully physical”, focuses on the story of Darren Lemming (Juan Jackson), the star centre fielder of the world champion New York Empires, who is young, rich, famous, talented, handsome and so convinced of his popularity that when he casually announces he’s gay, he assumes the news will be readily accepted by everyone.

It isn’t. Friends, fans and teammates react with ambivalence, and when the slipping Empires call up the young phenom Shane Mungitt (Chris Bucko) to close their games, the ambivalence turns to violence. Angry, lonely, guilt-ridden and confused, Darren finds some unlikely solace in the form of friendship with his new business manager, Mason Marzac (Hayden Tee) —a brilliant but repressed guy, who, as everyone around him copes with disenchantment, blooms in the ecstatic discovery of baseball.”

Take Me Out runs 8-16 January 2014 at the DBS Arts Centre, and 18-31 January 2014 at Alliance Francaise Theatre. Tickets are available from SISTIC and Tim Garner Productions.

← The Straits Times – Group comes out to play in debut – Take Me Out
Playbill.com – Tony-Winning Gay Baseball Drama Take Me Out Premieres in Singapore →