Watch INTOXICATED at the SPORE Art Salon on Tuesday, 31 July! 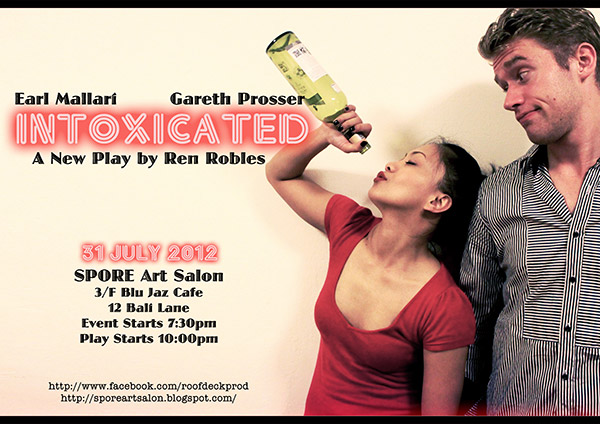 INTOXICATED will finally be making its international premiere on Tuesday, 31 July at the 3rd Floor of Blu Jaz Cafe on 12 Bali Lane. The event starts at 7.30pm, and the play will begin later at around 10pm. You can read up more about the SPORE Art Salon here, and you can join the Facebook event here.